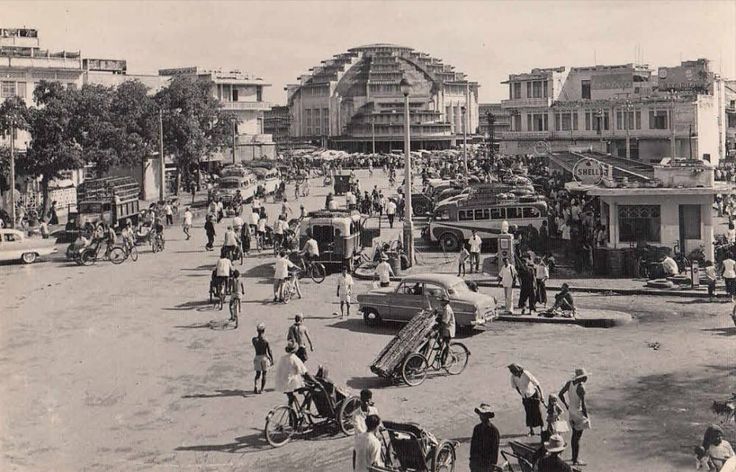 The rain kings had left the city. The Chinese laborers did not bet on the monsoons anymore, nor the mango rains. The billboards for Alain Delon cigarettes tattered in the wind, sun-faded and old.

Rock and roll was still playing in the bars; when the bombs fell nearby, the band stopped, if only to tell whether the roof would fall on their heads or if they would be spared to play another day. None of the clubs were open due to the night curfew, so the afternoon became midnight, bands playing to candlelight.

One day, all was silent. There is a peculiar feeling in the air when a city is quiet, as if the body knows something is wrong; people, together, are supposed to make noise. Phnom Penh had been under heavy bombardment, first from the Americans, and then from the incoming CPK. Quiet meant a conclusion had been reached.

There are many things that happen when cities fall; the souls and lives of thousands, hundreds of thousands, are crushed under the weight of history rolling forwards; ghosts spill from the crumbling buildings, shot through by artillery fire, roofs caved in from heavy shelling; people recognize the dearth of feeling, as if this new imposed situation is too alien to be real. Chaos settles and in the wake of the dirt and smoke, the radio waves carried a message throughout Phnom Penh: Khmer Rouge had ordered all citizens to evacuate to the countryside, so they might redistribute the city’s districts. It was a poor lie, but their trust in the authority had not been betrayed just yet, and so millions poured out on the dirt roads leading away from the cosmopolitan capital, on cyclos, on bikes, on foot.

It is said that among them was a woman, known as the Golden Voice. She would be dead soon too, a casualty of her music like so many others. The question that haunts many surrounds her as well:

Her voice is a phantom. When you hear her sing, it is high and clear, smooth like the sound of a bell on the wind, with a haunting vibrating timber like the khloy flute. It is special. It has the magnetism of something beautiful that is also imperfect. She was beautiful and her voice crystalline; she was the greatest, and the loveliest.

Her voice is so distinguishable that when the bloodshed was over, it helped identify over 250 lost films that featured it on the soundtrack. A voice followed down the hall, always around the next corner but never to be found. 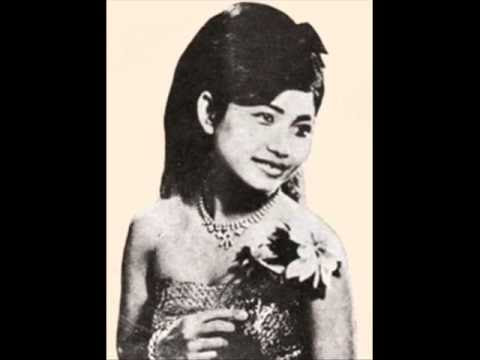 Ros Serey Sothea was born on a farm and sang as she worked in the rice fields. Her family was poor, and her father left early on, so her mother let her eat flower petals and banana blossoms, and she sang as soon as she learned to speak. Her fate was clear: she was not meant to spend the rest of her life planting rice. She wanted to sing where more than the fields could hear her.

She left home at 17 with her brother, travelling to Phnom Penh, the shining pearl, the musician’s paradise. The people in the bars and Mekong Night Club paid her more attention than the rice paddies ever did and she soon found herself in the rudimentary studio of the National Radio, where the walls were made of curved plywood and there was only one microphone to share.

She sang, record after record, with Pan Ron, Houy Meas, Sos Math. Phnom Penh was riding a wave of incredible cultural buoyancy, tweaking rockabilly, garage rock, psychedelic rock into a singular and unique Cambodian product. At one point, King Norodom Sihanouk – also known affectionately as Samdech Euv, “father prince” – bequeathed her the title of “Golden Voice of the Royal Capital”. She sang about misery and loss to imported party tunes from Cuba, America, France; it is a strange combination, but beautiful in its strangeness. Love seems fun and light, but in her lyrics love is also pain, and like many who sing about love, she was not lucky in finding it.

She soon married one of the singers she met in the studio, Sos Math. They drove around in his Volkswagen, touring and playing shows until one night at the Club Lotus D’Or when she sang about their arguments and was heckled by a drunkard; she and her husband fought at the intermission, and she returned to the stage with a split lip. She, however, proved herself to be a modern woman in a modern age: she got a divorce. Sos Math, a polygamist, returned to his remaining two wives.

Serey Sothea went to live in relative obscurity with her mother in Battambang, digging in against the unrelenting press and critiques of her failed marriage, perhaps wallowing, perhaps not, until the day Sinn Sisamouth showed up at her door. He had always called her Little Sister, and ultimately convinced her to return to the National Radio and make a record with him; they were the power couple of Cambodian rock and roll, styled after the Elvises and Ella Fitzgeralds, America’s golden crooners.

Elsewhere, the failures of the French in Indochina became the burden of the American military, and there was a marked increase in U.S. presence in the South Pacific. The American 7th Naval Fleet anchored in the South China Sea, and its radio transmissions reached Phnom Penh; Wilson Pickett, Motown, Santana, John Fogerty. The sound remained, but the words were replaced with Khmer lyrics. “Proud Mary” became “Yorum Srolaunh Kyoum (Cry Loving Me)”. She sang ballads, sad songs about lost loves, spoiled love, hard love. Songs about longing for the full moon, the water, the night. It all seems like the flower that blooms at night, secret and lovely, or perhaps the goldenrod, which blooms once, and then folds back into itself and the soil.

The golden age was not to last, however, and this is not a story that ends well. Cambodia’s history is neither well-known nor well-understood, partly due to the worldly ignorance of those outside of it, and partly because so many were silenced. This is the first in a four part series: “Who Killed the Golden Voice?”